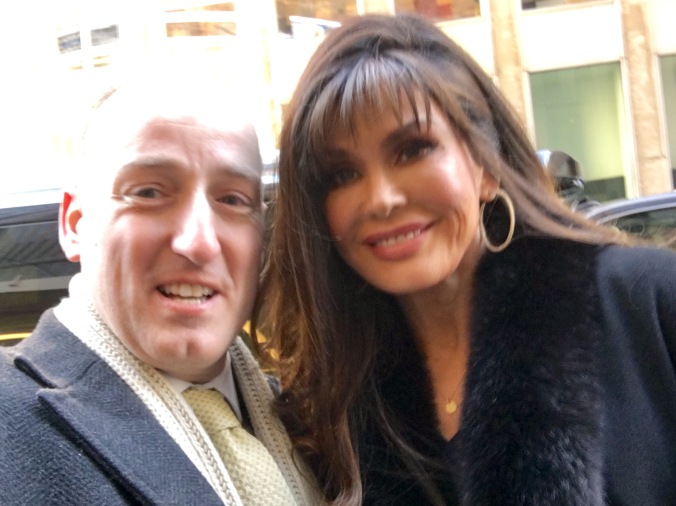 They don’t call me Eagle Eye for nothing – OK no one calls me Eagle Eye, but I’d really like people to start. Since I’ve been stalking celebrities, I’ve run into a few people that I didn’t recognize, but not this time. The door opened and there she was: Marie Osmond. I was walking up to ask for a photo as my buddy asked who it was. What? I was thinking to myself who doesn’t know Marie Osmond? but then I remembered that I didn’t know who N.O.R.E was until I was literally fondling his thumb so I guess it happens.

Marie could not have been more gracious, unlike the gentleman my friend Chris mistook for Freddie Highmore (The Good Doctor) who was not as friendly as he could have been. She snapped pictures with everyone and told more than a few people how cute she thought they were. Full disclosure, I was actually not one of the men she said was cute, which reminded me of what my mother told me when I asked as a young man if I was good looking: “You’re funny, your looks don’t matter!” I’m still not sure if that was a compliment or not, but I guess it was a nicer way of saying no. Thank God my kids are cute like my wife and funny like me – they’ve got best of both worlds!

I’d put up a poll on here to measure my cuteness level, but I feel like my fragile ego is right on the brink anyway, so I’ll spare you. Feel free to light up the comments section below with just how cute you think I am… 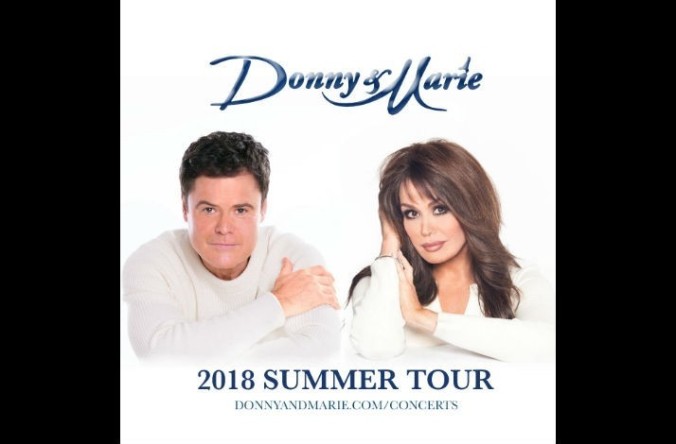 As she was entering the building, my buddy looked back at her car and said “Is that Donny Osmond still in there?” “NO” I snapped back – “that man is tiny like a little peanut, elderly, and more importantly – he’s Asian! Have you ever actually seen Donny Osmond?” Needless to say Donny wasn’t rocking the sidewalk like his big sister.

On the opposite end of the spectrum is Dee Snider, lead singer of Twisted Sister. As a person that grew up with a really twisted sister constantly singing I Wanna Rock over and over again, I feel like I can really relate – so it was awesome to meet him.

The car pulled up and all of a sudden he just popped out right in front of us and we asked to take a picture. He stopped and said what sounded like “No”, but he was standing there smiling so it was a little off-putting and I paused. I was surprised that he had said no since it was only three of us there and it would have just taken a minute and also, he stopped. Why would he stop if he didn’t want to do it? I was just about to start singing his classic song “We’re Not Gonna Take It” but then he said it again – “Go!” I laughed and said “Sorry, I thought you said NO!” which made him laugh and he said “It did sound like NO, didn’t it? Come on!” He was really very cool and a friendly dude! He’s starring in Rocktopia on Broadway until April 15th, so get out and go see it!