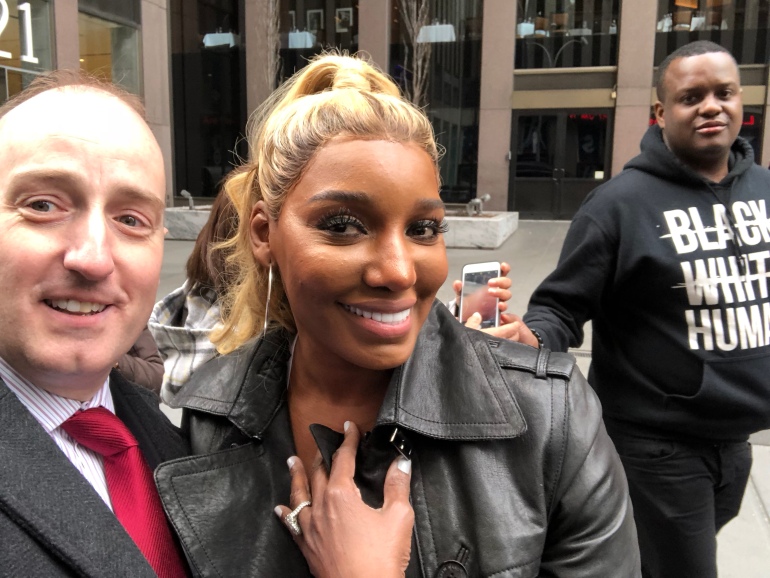 I must confess that I’m not a Real Housewives fan. I can only identify some of the women from the show because my wife has scarred me by showing some of their over-the-top moments. I’ve seen NeNe Leakes on other TV shows like Glee and The New Normal thought she was funny, but in real life, she was hysterical! You can see why they follow her around with cameras – she’s damn crazy in the best way possible.

Her black car pulled up the street to pass by the crowd of young girls waiting for the guys from Five Seconds of Summer, but I saw her walking towards her car and went right over: “NeNe, my wife loves you!” It was as if I told something so obvious – like the sky was blue – and she just gave me a knowing look and said “I know she does.” “Would you take a picture with me?” I asked and she promptly took control. I don’t know if directing is in her future, but she was certainly directing our photo shoot.

I lifted the phone to prepare the selfie, when she let me know how to do it. “That’s on video – slide it over to take a picture.” I slid it over and held the phone up thinking we were ready to snap, but boy was I wrong. “You gotta hold that camera higher.” I lifted it a little higher thinking I was ready… “Higher” she said so I lifted it again. “Higher” she said again and I lifted yet again. “Higher…OK, now you can take it” and she laughed then started making kissing faces so we could snap a few pictures and she was making me laugh.

After we finished snapping, I thanked her and stepped aside so I wasn’t in the way of my friend’s picture as he was next. She took one look at him and said “Whoa, you’re tall!” so I looked back at her and said “NeNe, how come you didn’t say that to me?” She paused for all of one second and then gave me that famous side-eye look like I was crazy, then proceeded to laugh hysterically. We were all laughing and the look on her face was priceless – similar to this look:

It was literally like a scene out of a sitcom with her one-liners; she really is naturally funny and just had us cracking up. We were also cracking up because there were a couple of men who weren’t getting pictures, just shouting out “QUEEN…QUEEN…” which for some reason in this situation, didn’t seem as crazy as it normally should have. I actually thought they might be with her at first (which didn’t explain them screaming out Queen, but you never know); I didn’t realize until her car pulled away they were just fans shouting out to her as if that was normal. I also didn’t realize we were getting photo bombed either: 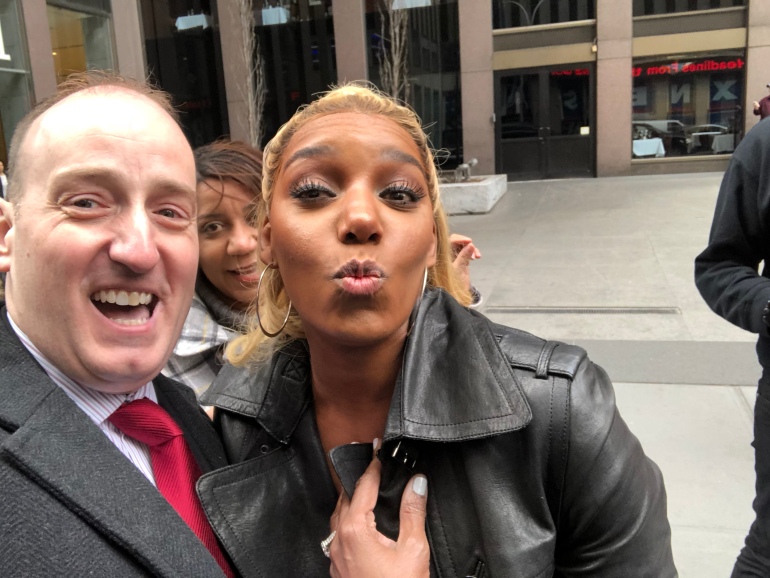 Watch out for that photo bomb!

She was awesome, she looked great, and she also made me consider extensions for a hot minute, which I don’t think I could pull off as well as her. 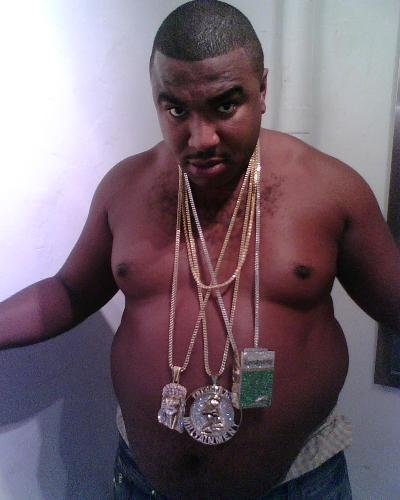 Finally a look I can pull off!

A look I basically pull off every day is the bald head and gold chains N.O.R.E. the rapper wears. I don’t think the jeweled Newport box he normally wears is necessarily the right accent piece for me, but what do I know about fashion?

N.O.R.E finished his interview at Sirius and was heading out to his car when he stopped to chat with us. There was a crowd of about 12 – 15 people and I had my phone in my hand when I walked up and he stopped and said “that’s not a warrant, is it” and busted out laughing. I guess I was a little overdressed in my suit and tie compared with his Royal Tannenbaums sweatsuit, but he was so cool anyway.

I gave my friend the camera to take the picture of us and everything was fine as he sidled up to take the picture when I shook his hand. Don’t ask me how it happened, or even why it happened, but instead of selfie training, I need to get some immediate handshake training. For some reason I ended up not shaking his hand but I started shaking his thumb!

How weird it that? How did that even happen? Next thing I know, I’m closing in on that thumb and he’s pointing at me like “This dude is wacked out!” I tried to pretend I hadn’t just fondled little Thumbkin and thanked him, then he went in his car.

Ever the one to build my self-esteem, my sister took one look at the photo and ever the poet she told me that it looks like I’m jerking his thumb off. She did follow it up by saying that she is glad the look of constipation is off of my face in the current crop of pictures though. Only me… 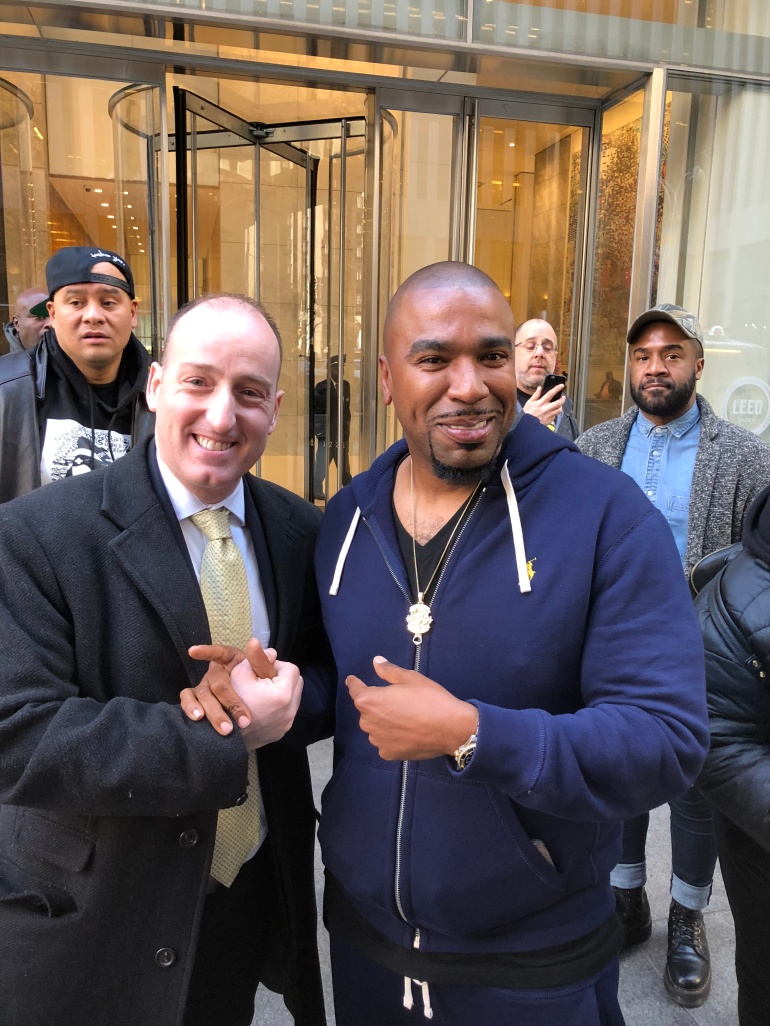 Just when I finally start smiling for the pictures, I go and manhandle the thumb. I should have said “Thumb-body loves you” while we were taking the picture, but that would have just been creepy. From now on, I’m just going to stand still and put my hands at my side like a Stormtrooper. I don’t know about you, but thumb-thing like this makes me laugh and think it’s no wonder people think I’m crazy.