Is this why our mail isn’t delivered until 5 PM…

Heavy things weighing on my mind have me troubled folks. I’m not referring to the week-long power outage from last week’s storm and I fully realize this might make me sound like a lunatic, but I’m pretty that sure that our mailman is taking my magazines.

I know what you’re thinking – I sound like I’m being paranoid. Yes, but I’m also fed up and I can’t take it anymore. Every Friday for more than a decade, my magazines have been delivered without fail. I always understood if there was a storm or Holiday that it might be off by a day, but never like the delays that I see now. Severe weather has been cause for concern in the past, but that’s understandable. As you know, I’m a very understanding person and have never thrown the postal credo in their face: Neither snow nor rain nor heat nor gloom of night stays these couriers from the swift completion of their appointed rounds. UNTIL NOW. Seriously, they’re supposed to be delivered on Friday and some weeks, I don’t get them until well into the next week and in some cases, it’s been delivered over a full week later. A full week later! Today, I got last week’s issue and guess what? It’s ripped up and looks like someone has been chewing on it. How did it get ripped? Why the hell are there folded pages – who’s saving their spot? How does that even happen in routine mail deliveries?

I know that this might seem insignificant to some of you, but this is a big deal people – I’m OCD and a compulsive creature of habit! Do you have any idea what it does to a person like me to mess with my rituals? It’s like when my housekeeper cleans our bedroom and puts away my eye mask that I literally cannot sleep without. If it’s in the nightstand – here’s a thought: maybe let’s just leave them there and we’ll be OK. You don’t need to mess with them, why would you move them? You don’t ever need to do that? Why aren’t they where I left them? I’ll never know because my wife thinks it’s rude to ask her about that. Similar to when she wouldn’t let me ask her why she cut my shower curtain in half!!! It’s like the world is out to get me and everyone’s in on it! 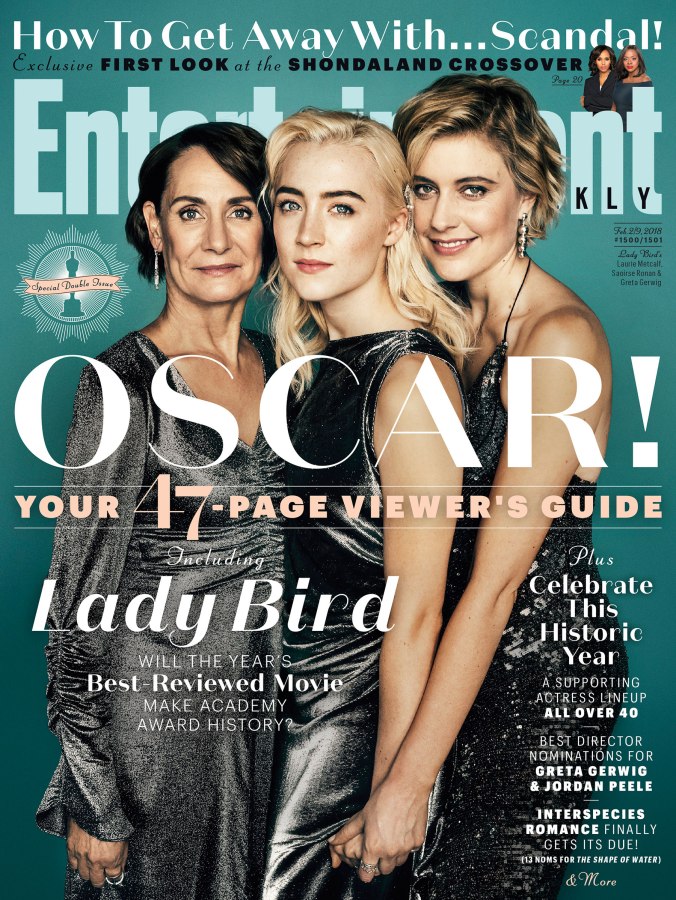 Anyway, back to the magazines. It’d odd, because for the longest time it always arrived like clockwork and then it went off the rails. I checked to see if we had a new mailman and maybe that would explain the delay, but then I realized that it was People’s Most Beautiful Issue – of course it’s missing. It was always on time until it’s a special double issue and then it comes a week late AND you can tell that the magazine has been handled and read. Same thing when it’s a special issue of Entertainment Weekly – all of a sudden, I can’t dig into the Oscar deep-dive or the Shondaland crossover episode because it’s not gonna be here for another week. This is literally the reason why print media is dying and it’s all the postal service’s fault! And there are some issues that have just never been delivered at all. How does that happen – did it accidentally get sent to the hatch with the Others on Lost? One week it was a special Lord of the Rings Issue that I never received, so I had to go buy it at the supermarket. Where the hell did it go? Its not crazy to infer that the mailman put it into his Bilbo MailBag-gins and took it home! As if I needed more ammunition to hate him – he’s a Lord of the Rings fan too!

In the grand scheme of things, if this is the worst thing happening in my life I’m pretty lucky, but let’s not minimize the importance of this. Looking at the bigger picture, I’m trying to keep print media alive and I know that makes me sound like a relic. I don’t want you to tell me to go online to read the stories and get additional content – I’m not doing it! I want my printed copy delivered to me – so stop with the digital things that you can get up-to-the-minute updates on your phone with. I don’t want up-to-the-minute. I don’t need up-to-the-minute, I’m not an up-to-the-minute person and I’m don’t want change so don’t mess with my weekly routines.

My wife thinks I’m overreacting and getting worked up for nothing, but in actuality it’s kinda stealing in a way. If not actually stealing, it’s definitely larcenous in some way to hold my property hostage or just take it altogether. Here I am pacing every Friday anxious for the Princess in Training issue about Meghan Markle and and he’s pulling the mail truck over to take a break while he reads all about Tim McGraw’s health scare in Ireland! It’s mean and it’s actually borderline harassment.

I don’t want this to seem like a condemnation of the Postal Service, because I have the utmost respect and admiration for them. Truly, I do. It’s a hard job that I am way too lazy to ever do myself and I can appreciate their dedication to service. I just can’t appreciate them tormenting me with their crazy antics. I know that not every mailman is crazy and not every mailman is screwed up like the one that I have now or especially – the one we grew up with. When I tell you that our mailman Tony was a character, I mean it. He was rocking an iconic 80’s perm similar to Bradley Cooper’s in American Hustle, and he was the absolute worst driver on record. I’ve seen some crazy things in my time, but never before or since, have I seen a mail truck shoot down a block as fast and free as with Tony behind the wheel. It’s legit, the only time I’ve ever seen a mail truck taking a turn at what seemed like 65 miles per hour on two wheels.

This is what it sounded like Mailman Tony was driving when you’d hear him taking the corners.

Mailman Tony used to hang out with my brother Shawn (which for some reason at the time, didn’t seem as odd as it should have) but not until after Shawn was old enough to recklessly drive his own car. He liked my brother Shawn, but Tony LOVED my other brother Joey! He’d show up at the front door with a box in hand and ask for my brother – proudly stating “I have a package for Joey.” We all wondered what he was really trying to deliver because when Joey looked at the box that Tony had proudly thrust forward, the strange part is that it would always be addressed to my mother.

We could never pinpoint if it was my brother having a matching perm to his or if it was his personality that our mailman liked, but we always just assume it was Joey’s skin-tight white jeans and the purple pick hanging out of his back pocket. Either way, no one was getting in the way of Tony trying to give my brother his package so my brother would run and hide once he heard those mail truck tires squealing while Tony was rounding the corner! On the flip side and to the Postal Service’s credit, we had the best mailman I’ve ever had when I was in college. He’d walk up our porch, lean in the open window where we were stationed on the living room couch and process the handover; he’d always have our mail to deliver and we’d always have a beer or a joint to deliver back – it was the perfect partnership. He’d puff, puff, give and then the mail was passed left and he was off up the hill. It was the height of postal efficiency not seen since Newman’s tenure on Seinfeld and the best part: I never a missed any of my magazines! Not once did I ever wait for a God damn issue! If I had to pick the one thing that I miss most about college – it wouldn’t be my full head of hair or my friends and crazy adventures; I miss the regularity of my magazine deliveries.

Is consistency too much to ask? My wife thinks I should let it go or just buy a subscription for the mailman too, but I think I might just start opening the window and passing a beer or some fine kush out during his deliveries! Unless the Russians are now hacking the snail mail systems too, there is no reason for this to be happening.

I’ve considered getting a fingerprint kit and mailing myself a magazine, but my wife won’t let me pursue it…Don’t you worry though, I’m gonna get to the bottom of this even if I have to get Ask Asa or get Dateline involved…

6 thoughts on “Here is the church and here is the steeple – why is the mailman stealing my People?”