Terry Crews was visiting Sirius and he could not have been cooler if he was Frozen like Elsa. He’s a class act and hysterically funny to boot. The Brooklyn 99 star is 6’3” and jacked up so he’s pretty hard to miss anyway, but he walked through the lobby with that huge smile, He walked over and said “You wanna take a picture with me?” as if he were the one excited to take it with me. I didn’t even have to ask for a snapshot – he asked me first. The look on his face was priceless and I like this picture better than the one of us together. He was clowning around and it felt like a scene from his TV show: 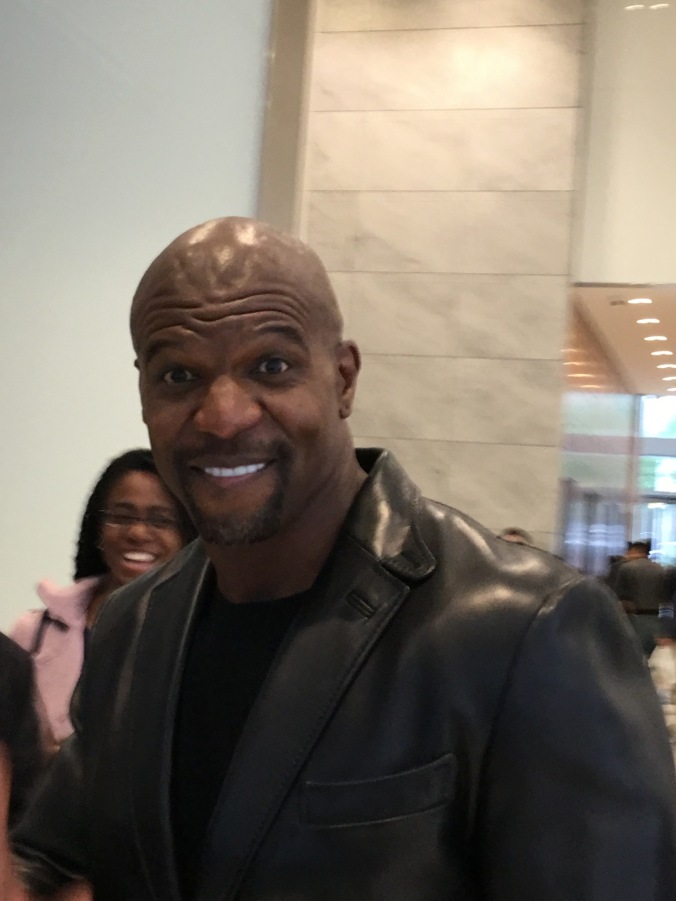 I went over for our selfie and he (obviously being WAY taller than me and sensing that he’d have to crouch down to the floor to be at eye level with me) said “No Man, let’s have her take it – it’ll come out much better” and he was right. We gave the camera to someone else to take the photo and it came out great. When I say the picture came out great – I mean that he looks great, but I look like that dwarf from Game of Thrones standing next to him.

Anyone else feel like this is how you look in pictures?

I look short and scrawny standing next to Terry Crews, but thankfully I don’t look Smurf-like as I did here with NBA star Jason Collins:

This is ridiculous – I look like a Smurf standing next to him!

He’s Mr. Charisma and everyone loves him; he was joking around and chatting everyone up – just such a cool guy. 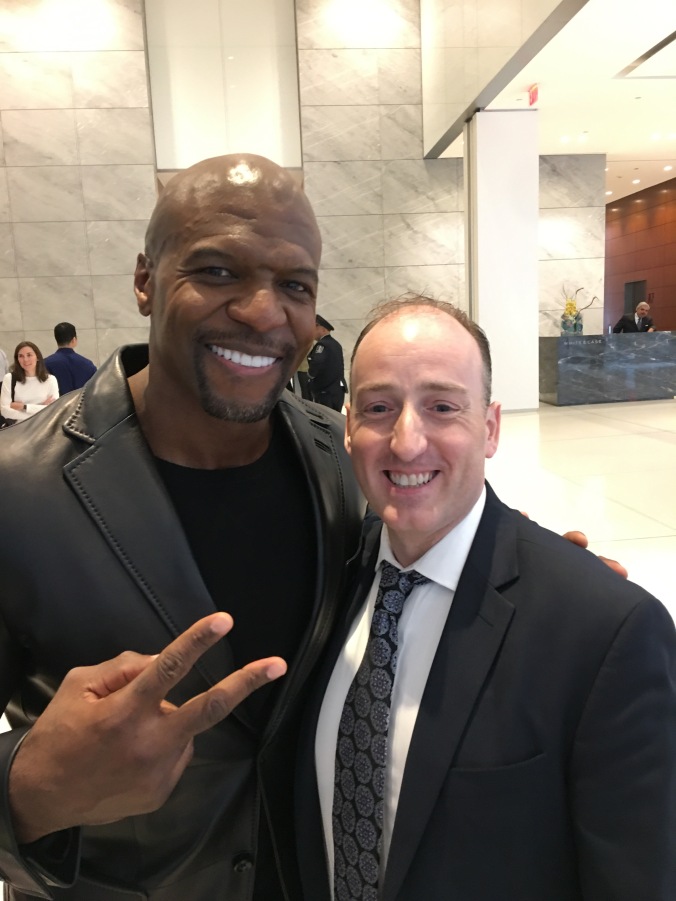 Of course, in between taking the photo of him and then passing off my phone to take our picture together, I snapped another one and it’s all screwed up as per the norm with my photos:

Don’t attempt to adjust your screen, it’s just one of my typical blurry selfies…

I just got a new phone so hopefully the pictures will be better from now on but, I’m tempering my expectations accordingly because Herb Ritts I am not.