Some people think that Sandy is a Bitch, but I’ve always thought she was pretty nice…

True Story, ABC news just announced that due to Hurricane Sandy’s impact on our region, roads are closed, trees are down and they’re anticipating extended power outages. The Governor is insisting that everyone impacted stay home and immediately log onto immodiumabuser.com to catch up on the posts you might have missed. Now I am not one to argue with ABC news, so get the site up and running before the lights go out!

If you think Hurricane Sandy is causing havoc and inconveniencing you now, think back to what Hurricane Gloria did to me when I was younger. Some emotional scares heal with time, but not for me – I still shudder at the thoughts of it. We have a long history of storms and hurricanes that impact us – such as Hurricane Irene last year.  That was a bitch of a storm and you might have had some damage and inconvenience, but that storm literally popped my son right out of my wife! I am not even kidding here– he popped right out …She was nine months pregnant and we were at the start of our ten day powerless existence from the hurricane’s wrath when her water broke. Of course I didn’t believe her since I never believe anything and always think people are kidding with me Why she would joke about going into labor during a hurricane while we were sitting in the dark because we had no power is anyone’s guess, but I really thought she might be kidding. When I finally did catch on that she wasn’t joking around, I was just grateful that she wasn’t sitting on the couch when that water broke…I don’t know exactly what’s all up in that mix but I certainly don’t want it on the couch. 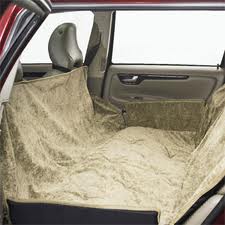 If only I would have prepared the car in advance…

As we were trying to leave the house, I was putting garbage bags down on my seats so my wife could get into the car. She looked at me like I had two heads and tried to take them off the seats. “Oh no you don’t – I don’t know what’s leaking out of there so you’re not sitting on a cloth seat…that shit’ll stain!” This apparently wasn’t a time to indulge my OCD neurotic behavior, but come on – I’d have to trade the car in if the seat got ruined. I know that might sound mean, but come on – what am I gonna tell the valet parking guy? Don’t mind that stinky stain on the seat there… It’s not like you can bring it to the car wash and ask if afterbirth comes out easily. I’m not usually insecure about size, but I just knew that my Tide togo stick wasn’t that big. I sometimes have clients in my car and how would I explain that placenta-cocktail smell on the seat as I try to win their business? She was being unreasonable and wouldn’t sit on the garbage bags, so I tried to put the back seats down flat and lay cardboard over them if that was more comfortable. She was in no joking mood, ignored my protests and then she got in the front seat. I said a novena and did a quick glance to make sure my febreeze was still in the back seat – just in case.

The midwives don’t take you in until you’re in active labor so we were back and forth in the Hurricane as it progressed. On one trip, she almost lost it…”I’m gonna throw up, Oh my God, I’m gonna throw up.” “Not in this car Sister!” I jammed the wheeled all the way and slammed the brakes right onto some one’s front lawn and ran around her side of the car to let her out. She was like a volcano ready to erupt and I needed her out of my car pronto. No sooner had she opened her door when she exploded and started throwing up all over. The wind was blowing wildly, branches were snapping all around us, she was hunched over in this random front yard vomiting for all she was worth and then I remembered and asked: “Should I take a picture of this? Will this be funny later on?” Her head spun around and she just got out the word “NOOOOOOOOO!” before she started with more projectile vomiting….I felt like Max von Sydow in The Exorcist and had to step back and turn away before I got hit. It’s been over a year and you know what? She still doesn’t think it’s funny.

That might have been worthy of a chuckle or two when she calmed down if the woman that owned the house hadn’t been banging on the front window wondering what the hell we were doing out there…I tried to reassure her that we were not just some lunatics out in a hurricane “It’s OK, she’s in labor…She’s having a baby…” I tried to tell her as my poor wife expelled even more of her guts out but she couldn’t seem to hear me over the gale force winds whooshing by. It was like something out of a bad movie.

When her tank was finally empty, I put her back in the car and then almost threw up from the smell as I got back in. Apparently, some of the vomit got on her feet when she was hunched over. I tried to hand her two Dunkin Donuts napkins and she almost punched me in the face. “What are two Effin Dunkin Donuts Napkins gonna do?” So much for me being considerate. I rolled all the windows down and had to drive like Ace Ventura with my head out the window in order to breathe. She asked me to roll up the windows because she was cold and I tried to pretend I couldn’t hear her at first. I did put the heat on for her because there was just no way that I could possibly drive with the windows closed and that smell trapped in there. It was like a cross between Cool Ranch Doritos and a decaying body. I know that I don’t come across well in some of these posts and I accept that. I am not good in a crisis and have been proven to be ineffective at the mere hint of a gagging throat, but my wife is a champ. Everything turned out well, our son was healthy, and my wife proved once again why she is such a superstar!

Some of you getting hit by Sandy right now might be inconvenienced because you’re without electricity and thinking no one could have it worse. Before you complain, think of my poor wife spewing her guts out on someone’s front lawn in gale force winds just mere minutes before giving birth to a beautiful baby boy. Did I forget to mention that she also labored and gave birth all naturally, without any drugs? Guess your storm experience isn’t so bad now, is it?