True Confession – I made a senior citizen shit her pants!

It’s not something I’m extremely proud of, but I once made my 75 year old Aunt Margie shit her pants! Shortly after eating lunch, there was a rumble in the jungle going on in my stomach and like Madonna said – I needed to Express Myself. Apparently, I wasn’t the only one straddled with a quick-hitter after lunch, because while my sphincter was rocking, my Aunt Margie came A-knocking. She was at the bathroom door asking me if I was almost done and her voice was kind of shaky – but at 75 it was always shaky and she never came back so I didn’t give it a second thought. Big mistake on her part. 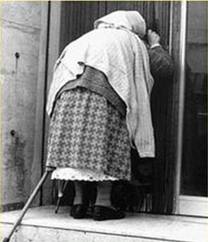 This is not a Knock Knock joke

She unfortunately found out that a senior citizen shitting her pants in the hallway and then trying to quietly change out of those soiled undies with the five other people in your small two bedroom apartment not finding out is next to impossible. Of course, as is the case with anything potentially embarrassing or delicate – no one told me what had happened. I came out and didn’t pay it any mind when she rushed past me into the bathroom.

I was sitting on the porch with my mother, sister, and grandmother when Aunt Margie finished in there. As a point of reference, my grandmother was not one you would ever describe as a “sugar coater,” so it really was only a matter of time before I found out. We were about to head off to the mall when she suggested that Aunt Margie come along with us and she passed. 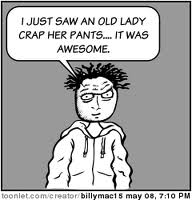 “Why aren’t you going? You said you had a few things you needed?” my grandmother asked her.

No response from my Aunt Margie, but my grandmother was not one to let that be it.

My grandmother (nudging her on) “Why don’t you go with them? It’ll be good for you to get out of the house for a while.”

Poor Aunt Margie never could catch a break with my grandmother and grunted back “You know that I can’t go out of the house since I had my accident – I can’t go to the store right now!” that shut her right up and dead silence took over because everyone knew what she was talking about except for me.

A normal person would have let it go – but this is me we’re talking about. I said “What are you talking about, what happened? What accident? Come with us…” With that, my sister gave me that knowing glance that speaks volumes without the need to utter a sound. As if it was a telepathic message between us, I understood: Aunt Margie shit her pants. The problem was that I was immature and once I realized the context of her “accident”, I burst into an uncontrollable fit of hysterical laughter. When you see something like that in the movies, everyone in the crowd usually joins in on the laughter and the moment passes by…Not that day. Not a word, not a sound – just me laughing as my poor Aunt Margie crept back into the house. My mother actually made me go sit in the car by myself while she followed in to apologize for my behavior (an act she was quite used to, by the way).

My Aunt didn’t appreciate my inappropriate laughter that day as much as she didn’t appreciate it the day that she was telling me about her ill-advised lunch trip to McDonald’s. She went with my cousin Tina and proceeded to down a nine piece when she suddenly choked on a nugget, forcing Tina to perform the Heimlich on her. It wouldn’t have been as bad if she hadn’t projectile vomited in the middle of that McDonald’s or brought the rest of the McNuggets home and offered them to me as she told me what had happened. I’m not one to preach – but let’s send a safety message to seniors everywhere: if you have no teeth and insist on getting McNuggets – either cut them or gnaw them with your gums before you try swallowing it whole! 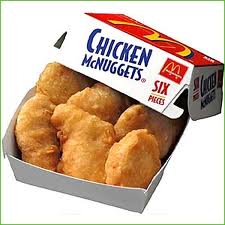 Aunt Margie didn’t hold a grudge about the spilled fudge and we moved past it, but I did feel really bad despite my case of the inappropriate giggles. In my defense, A) I’m immature and someone shitting their pants is funny and B) I was always taught that if it’s an emergency and you gotta go – You keep banging on that door or sit on their lap if they won’t move because when the fuse is lit and it’s gonna go off – Every second counts!  You cannot leave things like that to chance or depend on the kindness of a dipstick seventeen year old ADD moron reading People magazine! 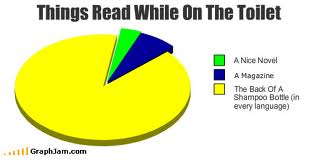 Family Stories, No One To Blame But Myself..., Too crazy to classify