Jenna Fischer has a new book out called The Actor’s Life: A Survival Guide; it’s about hard work and struggling for years and years until she finally fulfilled her dream and came face to face with the one and only Immodium Abuser! Or it’s about the years of rejection and hardship before she finally made it as an actor in Hollywood – either way a dream was fulfilled….

It was a chilly New York day, until she walked out the door and it was like the sun came out. The door opened and along came Jenna smiling and genuinely surprised to see people waiting for her. Sweet and accommodating, she could not have been nicer – just like when she played Pam on The Office!

Vertical profiling in full effect! Any guess which one I’m forced to use unless I want to commit Testicular Manslaughter and find my balls resting on the ice cold ceramic ledge.

She came right over and happily snapped a few pictures. When it was my turn for a pic, I walked over and stood side by side with her when all of a sudden she crouched down. It was subtle, quick and stealth, but it was a crouch nonetheless. She crouched on me!

“Did you just crouch down because I’m short?” I gently asked so as not to distract myself and contort my face into an odd position like I usually do for selfies…

“No, I did it because I’m cold…” she replied politely and smiled.

Such a gentle smile, but behind that innocent little grin was the cold hard truth: I was just vertically profiled. Who crouches when they’re cold? Now I’m not one to quibble as she’s awesome and didn’t have to stop at all. I’m a big fan of hers, but I can’t help but focus on the crouch. I’ve been pouring over these pictures all afternoon with the same forensic attention to detail as if it were the Zapruder film – and there’s definitely a crouch at play here. I’m not paranoid and it’s not a big deal, but let’s call a spade a spade: she vertically profiled me! I think when you compare the photos one by one, it proves she crouched. You can see her hips swing out and her ever so gently lowering her body and noggin to be more level with mine…She’s obviously a pro!

I didn’t even realize Jenna was in this film…

Don’t get me wrong – I appreciate the crouch as it put me on equal footing AND gave me a good picture that I don’t look short in! Granted I’m an inch taller than her, so I should have definitely looked it, but let’s not quibble or unfairly mention the amount of hair she has on her head which gives her some volume compared to my head that looks like a cross between the cartoon character Doug with a Charlie Brown coif! 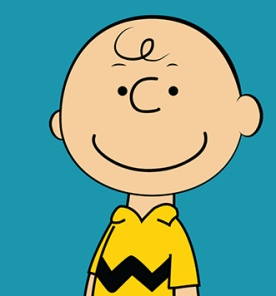 I know that I always seem to drone on about how short I look, but it’s usually all in my head, not the other way around. Except for Taylor Hicks, it’s always just me thinking I’m the short one – not them. Do you have any idea what it’s like to constantly be the shortest man in the room? People treat you differently when they have to glance down to make eye contact. I haven’t had this bright shorty spotlight shined on me this hard since that Sales Meeting when one of the attendees actually picked me up and gently placed me on the credenza so that I could see the presentation better. I did appreciate it as it afforded a better view, but come on – we need to stop the proliferation of vertical profiling in this country and give all the little people some respect too. Short people have feelings too. My new nickname should be Croucho Marx after this.

Now that I got that out of my system, I’ll let it go until the next person that I’m a big fan and cannot wait to read her book, but seriously Jenna – call me for a reshoot and no crouching next time. I think the only solution here is to have a reshoot where you stand as tall as you can while I wear my big boy shoes and stand up straight. Sounds like a plan to me! What do you think: Crouch or no Crouch?

On the way down…

Definitely Crouching here. Use the green windows behind my left shoulder to gauge our cranial placement and look how she leans out to even the height different – she’s a pro!

And now she’s back up to regular size!

10 thoughts on “CelebriTuesdays: Jenna Fischer Ouch! Did Pam from The Office just Crouch?”