My crazy family in all their glory

If you’re laughing at this, my wife probably isn’t – Part three: Does it still count if it’s her aunt I mount?

I got a comment from Celtic illumination, aka the loveliest pair of legs in Ireland about something I mentioned off-handedly in this post. Those legs are off on a secret cabal to become the Master Candle Maker in the world and considering that the double top secret world of candle making is extremely cutthroat, I’m […] 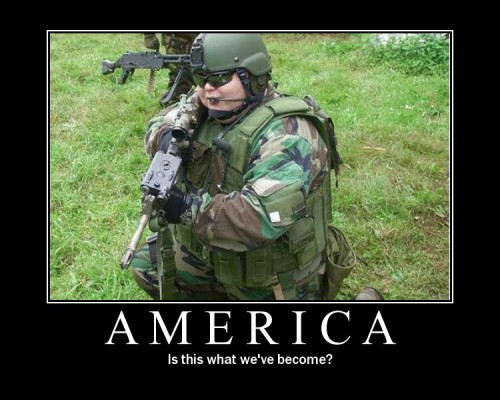 On this fine day when we stand in tribute to the great men and women of our armed forces who fight each and every day for our freedom to abuse Imodium AD and write a crazy blog like this, I went to the local recruiting station. Writing this blog is providing an essential service to […] 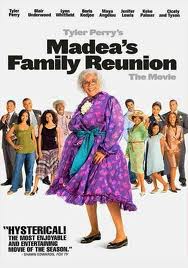 Originally posted on www.immodiumabuser.com:
It’s funny, because when I used to talk about my aunt owning a fat camp (a weight loss summer camp for kids) and having worked there, people never believed it. It sounded crazy and I was constantly accused of making it up until I actually brought people there. I was in…

Someone help me – I’m afraid of turning into my father!!!

Originally posted on www.immodiumabuser.com:
Unlike The Incredible Hulk who changed immediately, one of my greatest fears is that fate will sneak up on me and I’ll undergo a slow and painstaking transition into a heightened version of my father. Some people might think this is a compliment, but I’m not sure the world… 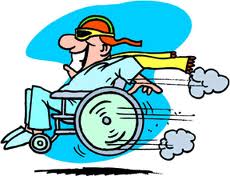 I saw this article about New York families hiring disabled people to come to Disney with them and although I am not usually a big fan of the NY Post, I got a kick out of it. I don’t pretend to think of myself as a trend-setter but come on people! I was using a […] 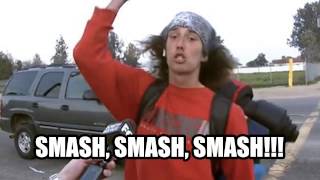 My brother was on the news???

Forget what’s on NBC – this is the only Smash you should be watching! If you miraculously grew his hair back and slapped a peace sign du-rag on that noggin – this could have been my brother Anthony. It sounds like I’m kidding, but I’m not. And the cursing? My brother has had more F-Bombs in and out of […]

Forget the Mountain, she Brokeback Christmas?

This time of year always makes me think about the close family and friends that may not be with me in person any longer, but are never far from my heart. That being said, I thought I’d honor the memory of my Aunt Margie in the only way I know how! She was very special to me and I loved her dearly…If […]

To all my peeps that gave me flak for not following through with a Holiday tradition – here you are people!!! CLICK HERE!!! Whether you had gefilte fish or the feast of the seven fishes – HAPPY HOLIDAYS. ***Fun Holiday Fact: Approximately 16.8 percent of all herpes outbreaks occur from a well-intentioned mistletoe – so be […]

If you’re laughing at this, my wife probably isn’t – Part Two

Since I wrote about  how I constantly embarrass my wife, I have been bombarded with remembrances: Hey! Remember when you were punished and forced to sit in the corner by yourself because you accidentally laughed in that male nurse’s face because he had a lazy eye and thus was an obscenely close-talker at that housewarming […]

Senior Spotlight on my younger sister

I was driving back from the supermarket yesterday when I had to pull over to let a fire truck get past me on the way to some emergency and it reminded me of one of the places my sister Marlene used to live in. This ordinarily wouldn’t be noteworthy but, my sister was just 24 years […]

If you’re laughing at this, my wife probably isn’t – Part One

I know that it might seem hard to believe given some of the foolishness I have taken part in, but whenever I start to second-guess my mental stability I’m reminded of a very comforting thought: I may be off the wall, but my wife willingly chose this. Who’s really the nutty one, you might ask? […] 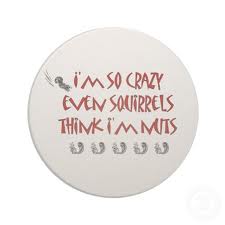 For a smart guy, I’m actually pretty dumb at times…or why I never believe anything

I’m not sure what the major glitch in my twisted skull is, but I always think people are kidding with me. My team of therapists think that it’s obviously a result of my being part of an insane family, but should I blame everything on them? My being fat and my balding scalp – it’s […]

Me at Parris Island with the Marines? No good can come of this!

When my cousin’s Leaky’s boyfriend graduated from the Marines Boot Camp, he invited our whole family to come down to Parris Island for the ceremony. It’s not the Oscars for Christ’s sake – just because you’re invited, doesn’t mean you have to go. The very idea of an outdoor ceremony (forget that it was in South […]

Can I get a side of whoop ass with that toast Jan?

There’s really not anyplace to eat near the fat camp, especially late at night. After closing down the local bar, we were always hungry and looking for someone to take us to the diner. It was the only place to get something to eat 24 hours a day and I could never drive because I […]

For all my Homies to get to know mes

Of all the questions that people ask me about this site, nine times out of ten there is some variation of “Your poor wife, how does she do it?” as the very first question. The second question is which is the best post to read if you’re new to this site and haven’t had a chance to catch up on […]