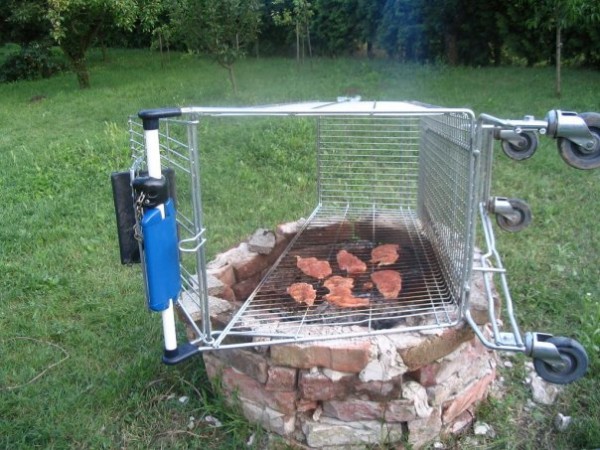 BARBEC – YOU HAVE GOT TO BE KIDDING ME!

I know this is going to sound crazy, but what’s the deal with guys and their barbecues? I get it that it’s summer and people like to eat off the grill but come on…I’m all for food on the grill once in a while, but some people think summer means grilling every single day. Good lord people – moderation. I hate the summer heat as it is so the absolute last thing I wanna do when I’m that hot is to be near an open flame. Hello – that makes no sense at all.

I’d like to pause and set the record straight here before we go any further: I don’t have unnatural fears and phobias that are made up. These things come from something that has happened to you; PTSD if you will for OCD peeps like me. For example, I check the oven to make sure it’s been turned off multiple times during the day. I don’t do this because I’m crazy and irrational, I do this because my wife has left the oven on so many times and I don’t want the house to explode. When I see her mom leave the burner on the stovetop turned on after she uses it – that confirms that good looks aren’t the only thing that run in that family…Another example, I don’t eat outside or with my hands because I’m not a squirrel…Practical reasons people, such as why I won’t get close to the barbecue anymore. This is the reason I won’t barbecue anymore. 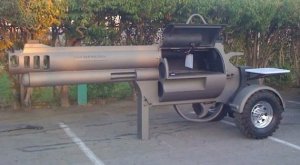 It was a few weeks after my oldest son was born and my wife was holding him while I went onto the deck to throw some burgers on the grill. I turned on the propane and pressed the ignition switch but nothing happened. I could smell the gas so I knew that the propane tank was open, but there was no flame in the barbecue. I looked at her with a mixed expression of half annoyance and half just-plain-dumb as to what to do. She told me to light a match and the ignition would catch. My spidey senses should have been tingling at this point, but the new-baby euphoria/tiredness had me all out of whack. I went in to the kitchen to find the matches and light this mother up cause we were hungry.

Neither one of us smokes, so we never have matches. It took me about five minutes to find some matches that we had been given as a favor from a wedding and I finally went back out to get this party started. 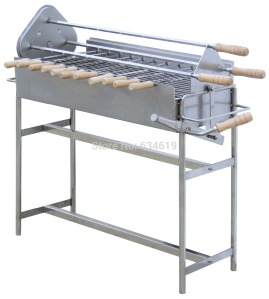 Is this a barbecue or a foosball table?

When I got back to the grill, my wife was talking to me through the screen while holding our son and I lit the match to start the barbecue. As the match ignited, all of a sudden a huge fireball erupted and flew from the match, across the barbecue, up my crotch, up my shirt and then up the hedges and up the side of the house. Once I heard the WHOOSH of the fireball, I did what every brave, manly-man does and proceeded to scream like a little girl with a lost puppy and turned to my wife for assistance of any kind and what did she do? She slammed the sliding glass doors leading into the house. At this point I was facing the glass of the sliders shouting every curseword I know when I happened to hear the laughing crowd of people behind me. All of the people outside on their decks were hysterical at how I was screaming and carrying on over the fireball. Not one of them asked if I was OK, but in case they were wondering some leg hair got singed, my eyebrows got an unexpected trim, my nose hair was all but gone and my Imodium was certainly put to the test, but no serious burns. Unless you count the humiliating pain from their laughter as I tried to turn the propane off. 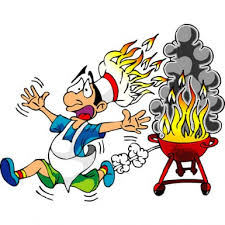 When my wife finally unlocked the sliders, I went inside to get a beer, change my underwear, and to ask why she’d close the door when I was almost shish-kabobbed on the deck. I was one second away from throwing myself over the railing and into the hedges to stop, drop, and roll before she finally let me in. Full disclosure, my only experience in this area is what I’ve learned watching Chicago Fire, but normally people offer assistance in some form of another or they call 911; they usually don’t lock the burn victim outside. Her thinking was to protect the baby, but my thinking was that once the door was shut the locking part doesn’t offer any additional protection to the person not getting hit with a fireball…

To be continued next time as this has just reminded me of another fire-safety themed episode/cautionary tale of two different occasions when I slept through a fire! Actually, maybe it should be an investigation of my wife because who’s around this many fires when I’m ALWAYS inside directly in harm’s way while she’s awake and safely in the street waiting for the authorities? No one would blame her but she’s either very lucky, got a severe firemen fetish, or is actually an arsonist…hmmmm…

Family Stories, No One To Blame But Myself..., Too crazy to classify