It’s a little known fact that while laid up recuperating on my couch in Sleepy Hollow, I pretty much invented the “binge-watching” movement along with my friend Li (The Chinese food Delivery Guy made famous by my Tony no Here post. I needed surgery because I’d broken my left ankle while playing volleyball and I was extremely worked up because I’d never broken anything before unless you count the record I smashed binge-watching all nine seasons of Dynasty! 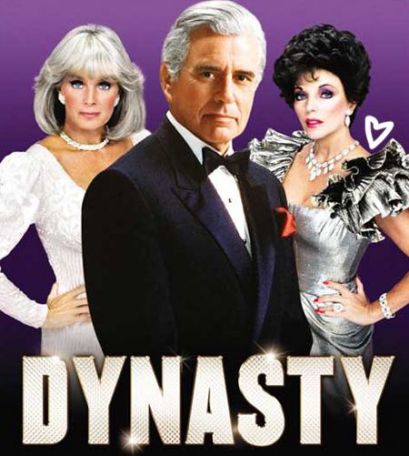 Without a doubt, the best show ever made!

Keep I mind that this wasn’t binging TV shows like it’s so easy to do nowadays with a million things available on Netflix or Amazon or Hulu or on your phone; this was me having to get every season of the show piecemeal on EBAY. Then when I finally got them (in the mail, mind you, which took forever), I tore through them non-stop like a rabid dog with a bone. I was laid up and laid out but finally they were gonna slice me open and fix me like The Six Million Dollar Man. I could see the light at the end of the tunnel and if my life was a movie you’d faintly hear Michael Bolton singing along with me on the couch “When I’m back on my feet again…”

The day of the surgery, I was a bundle of crazy nerves and my normally neurotic self was on hyper-overload. I’d arrived armed with my wife and my sister for emotional comfort, two boxes of Imodium AD for gastric support, and a big black X drawn on my ankle for physical support and to make sure they didn’t cut open on the wrong foot. That may seem like an urban legend, but I wasn’t taking any chances. My surgical prep nurse, Nurse Ratched, took one look and needless to say, she was not amused with my sharpie skills and that was just the start of multiple things we wouldn’t see eye to eye on.

It was an early morning surgery and I hadn’t eaten anything since midnight and was starving. My nervous stomach wasn’t playing nicely with all the butterflies and the painkillers I was on mixed with a splash of my ever-present Imodium AD. As the nurse was filling out the paperwork and asking me questions, she told me to remove my clothes. Obviously I thought this strange as it wasn’t a casting call for the Magic Mike sequel, just a random hospital examination room. 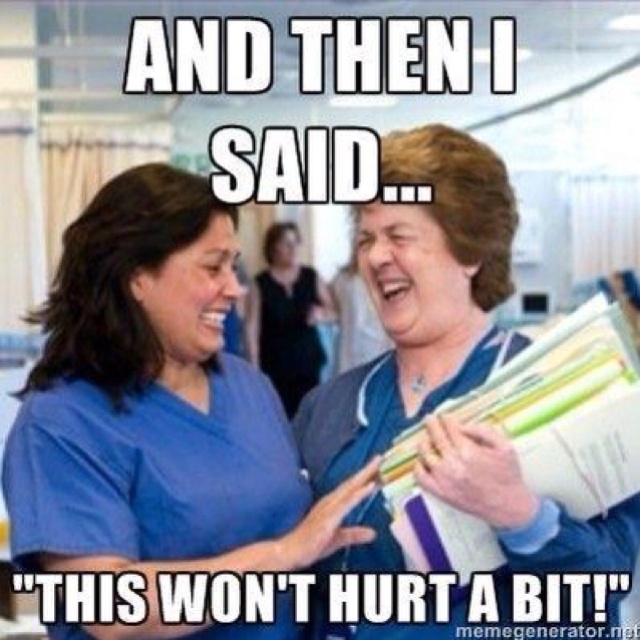 “Um, that’s OK, just the ankle getting done, so not really gonna get naked but thank you for the offer.” I said.

She was not very interested in discussing it. “You need to be completely undressed for surgery.”

“No, actually I don’t. Once again, thanks for the offer, but I’m having surgery on my ankle – why would I need to be naked? You know where the ankles are right? I can see taking off my socks and maybe my pants, but why would I possibly need to take off my underwear? I’m not taking my underwear off! What’s going on here?” I’m not a calm person normally, but this was starting to set me off.

“Listen Sir, if you don’t take your underwear off, we’re going to cut them off of you!”

“Listen lady, if I wake up and you’ve cut my underwear off, I’m cutting yours off next!”

“This is not optional, it’s not sanitary and you need to remove your clothes!”

The peanut gallery, and by that I mean my wife and sister, were not being very supportive or having my back at this point and really just trying not to laugh at the ridiculousness. My wife was like, “just take your contacts out and lay back and relax – you’ll feel better and it’ll be over soon.” It was just like what the masseuse told me before she massaged me and then proceeded to flick my testicle on our Honeymoon. Advice you should never take: “Just take your clothes off and listen.” 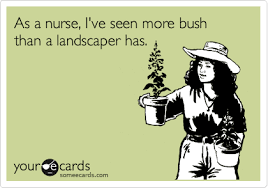 I was outnumbered and outgunned here, so I begrudgingly removed my clothes all the while picturing the conversation they’d be having about this up in the operating room over my listless body: “Why wouldn’t he take off his underwear? Is he a never-nude like Tobias? What’s with this big black X on his ankle? Poor little guy, he’s obviously a grower, not a shower.”

Either way, relaxed is not a word one would be using to describe me that day. As they came in to wheel me down the hallway to the butchers in the basement, I was contactless so everything was blurry which actually did make me feel better. They’d already administered the anesthesia, which also helped to make me groggy, and they told me to count down from 100 and off I’d go…My wife and sister were following the gurney down the hall telling me to relax when an orderly sidled up to the guy pushing me: “Hey Scott, are you heading downstairs? Will you drop this sample off at the lab on your way?” and he proceeded to gently place a bag on my stretcher. My wife and sister gasped and looked at each other in shock as I was squinting up a storm and trying to sit up and see if I was hallucinating with that clear plastic bag. “Is that shit? Is there shit in that bag? That looks like shit! Is that Sh…” and with that the anesthesia kicked in and I was knocked out! There was a bag of someone’s shit – someone’s shit – being transported on me like it was nothing! Literally, my nightmare came true and there wasn’t enough Imodium AD in the world to prevent that shit storm from getting me! 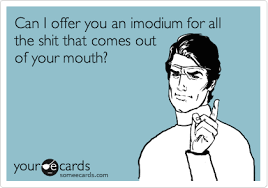 As I was coming to in the recovery room, my wife and sister got Nurse Ratched to tell her I was awake and I started babbling again as if someone had just pressed pause on me when the anesthesia kicked in: “There was shit on me! There was shit on me! I saw it – it was shit! There was shit on me!” My wife was saying I was crazy and trying to tell me that I must have been mistaken to reassure me and calm me down, but one look at my sister’s face told me it was definitely shit! The nurse thought I was having a reaction to the anesthesia and was concerned until my wife told her what my incoherent babbling was about. Needless to say, it was a shitty operation!

Only me right? I mean, who does that happen to? I go in for what was supposed to be routine surgery and they turned me into a fecal drug mule! I can’t help but feel like this wouldn’t have happened on ER – Grey’s Anatomy maybe – but definitely not on ER…Where’s Julianna Margulies when you need her?

6 thoughts on “My foot surgery was more like General Hustle than General Hospital!”